World History: From the Ancient World to the Information Age

Take a trip through the defining moments of our global story and see the thinkers, leaders, ideas, and inventions that have shaped the world.

Presented in a beautiful slipcase, World History is an essential guide for anyone who loves history or wants to broaden their knowledge. This accessible book covers over 350 of the world’s most important turning points, from our earliest human ancestors of prehistory to political events of the modern world.

Follow detailed maps showing the continuous movement of humans across the Earth, and examine fascinating paintings illustrating the events and individuals that took them there. Beautiful photography throughout the book will carry you back in time to see the people and places of the stories – along with stunning artifacts from every historical period.

From magnificent buildings like the Colosseum to magnificent words like “I have a dream!”, this guide brings history’s most significant events to life for every reader to discover and enjoy.

This heavily reconstructed fresco of ‘The Blue Ladies,’ found at the palace of Knossos in Crete and dating from around 1500 BCE, shows the elaborate hairstyles favored by high-status Minoan women, with the hair held in place by strings of pearls. 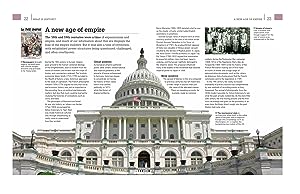 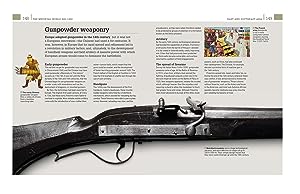 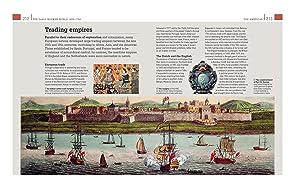 A New Age of Empire

The 18th and 19th centuries were a time of expansionism and empire, and much of our information about this era displays the bias of the empire-builders. But it was also a time of revolution, with established power structures being questioned, challenged, and often overthrown.

The earliest recipe for gunpowder was recorded in China around 1040, and the Chinese may have used gunpowder offensively in ‘fire-lances’ as early as 1182. Yet, it was not until the Ming dynasty, in the 14th and 15th centuries, that the Chinese began to use gunpowder weapons on a wider scale, with innovations such as the deployment of dragoons, or mounted gunners.

Spain’s American empire yielded vast revenues from silver, shipped to Europe and China for trade. France, while it benefited from the Canadian fur trade, regarded its empire as a means for the state to assert power and limit English ambitions, rather than as an enabler of trade.

The Forbidden City, situated in Beijing, China, was constructed under Emperor Yongle of the Ming dynasty between 1406 and 1420. For almost five centuries, until the fall of the Qing dynasty in 1912, it served a dual role as the home of the emperor and the center of Chinese government. 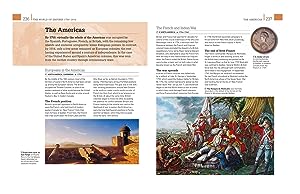 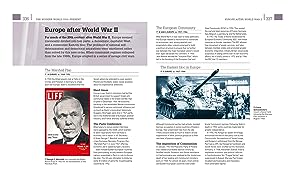 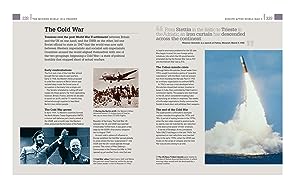 By 1750, virtually the whole of the Americas was occupied by the Spanish, Portuguese, French, or British, with the remaining few islands and enclaves occupied by lesser European powers. In contrast, by 1914, only a few areas remained as European colonies, the rest having experienced around a century of independence.

After World War II, it was clear to many politicians that Europe needed a mechanism to coordinate its economies, and among idealists and pragmatists alike, a desire emerged to build a political structure to ensure that no further war between the major European powers would ever again devastate the continent.

Tensions over the post-World War II settlement between Britain and the US on one hand, and the USSR on the other, led one Soviet official to state in 1947 that the world was now split between Western imperialists and socialist anti-imperialists. Countries around the world aligned themselves with one of the two groupings, beginning a Cold War.

World History: From the Ancient World to the Information Age
Buy Now

History of Cambodia: A Captivating Guide to Cambodian History, Including Events Such as the Rise and Decline of the Khmer Empire, Siege of Angkor, Cambodian-Vietnamese War, and Cambodian Civil War

The Penguin History of the World: Sixth Edition

Code Talker: The First and Only Memoir By One of the Original Navajo Code Talkers of WWII